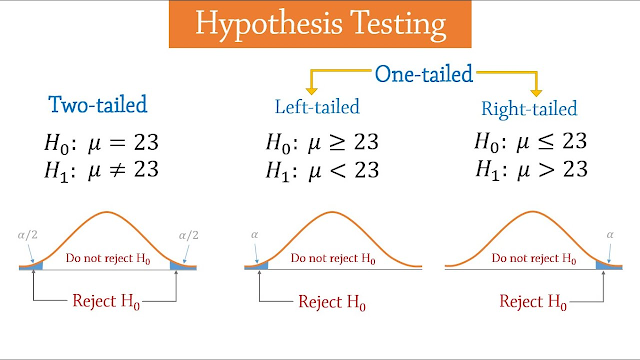 Research hypotheses are tested by trying to disprove their respective null hypotheses by providing quantitative evidence, through inferential statistics . Inferential statistics is a statistical method used to make inferences about a population based on data taken from a random sample of a population . A form of statistical inference that is used to determine the probability that the null hypothesis is correct, despite evidence that support the research hypothesis, is the null hypothesis significance test (NHST) . The result of the NHST is determined by the sample size and the binomial parameter, and expressed as a probability (p-value) in percentage or decimal. In psychology, the result of a study is accepted if the level of probability that the null hypothesis is correct is less than 5%, and expressed as P<0.5 , also known as level of statistical significance .

One major pitfall of NHST is that it’s not comparable and cumulative, whereas scientific research is. Another is that psychological significance is determined by the level of effect, while NHST is mistaken for psychological significance, which is known as the permanent illusion. Type 1 and type 2 errors are also pitfalls. However, all pitfalls can be accounted for with sound research design and research replication .

Minitab . (2017). What are inferential statistics ? Retrieved from Minitab: https://support.minitab.com/en-us/minitab-express/1/help-and-how-to/basic-statistics/inference/supporting-topics/basics/what-are-inferential-statistics/

Minitab. (2017). What are type I and type II errors? . Retrieved from Minitab: https://support.minitab.com/en-us/minitab-express/1/help-and-how-to/basic-statistics/inference/supporting-topics/basics/type-i-and-type-ii-error/