The Wise are Delusional

Dr. Manhattan: In my opinion, the existence of life is a highly overrated phenomenon.

Irrelevant whether there exists a single universe or multiverse, this universe started with a single spontaneous burst and expanded at first into a hot dense cloud of gas and dust. This happened 13.75 ± 0.11 billion years ago.

This cloud started expanding at an exponential rate, and the larger it got, the cooler it gets. Formations started to appear, and so far, the oldest galaxy dates back to 500 million years after the Big Bang.

Celestial bodies and formations kept on appearing, Nebulas, Galaxies, Stars, Red Giants, Black Holes etc. At one point out there in the backwaters of the universe, in the boondocks of the small Milky Way galaxy is a Nano celestial formation which we call the solar system emerges.

About 4 billion years ago in that solar system which we call ours, a small grain started to form from small particulates smashing together and rotating around a medium sized star. A spherical shape emerged that rotated around itself and that star in an elliptical manner. 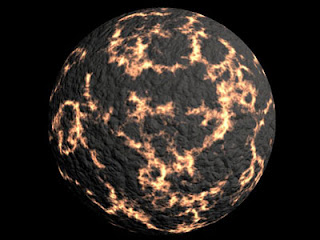 If I were to compare the state of the birth of earth, I would say it was like a blazing splinter, and that splinter started to eventually cool down, similar to the rest of the universe.  About 400 million years after its birth, earth started to look like a planet with an atmosphere, however, back then the atmosphere was very different than what it is now.

These amino acids started to swarm and form and evolve in water to create the first life forms which were microorganisms. From those microorganisms came more evolved aquatic life forms, and fast forward billions of years of evolutions and you have animals.

Perhaps the most accidental of all the animals; and I am being biased and judgmental came about 2.4 million years ago. Homo-habilis was a pleasant ole chap that resembled your cousin the Gorilla, but the difference is that he is you great grandfather.

Your great grandfather was both simple and complex in terms of cognitive abilities. His simplicity or complexity does depend on your perspective. Homo-habilis, (habilis as in handy) was named this way because they were believed to be the first to use tools.

Then came homo-rudolfensis then homo-ergaster then homo-cepranensis then homo-heidelbergensis then homo-rhodesiensis, and alas we reach the Neanderthal, which equates to your grandfather relative to homo-habilis. We are sub strands of Neanderthals, we are homo-sapiens and we came after homo-floresiensis which looked like hobbits and lived about 120 thousand years ago.

All of our ancestors were of decent cognitive abilities, the used tools and built functional societies. They started to develop habits in order to facilitate their daily life. However, what differentiates us homo-sapiens (sapiens as in wise) is that we were not only intrigued with how things worked, but we also wanted to know why things worked. So from that point on things started to get really interesting. We started to discover more, and the more we discovered the more oblivious and deluded we got with our findings.

Perhaps the “why” that baffled us the most was the “why do we die”, but I think that why is banal and our great grandfather has answered that question a long time ago. He realized that at some point of time things end, they just do, and that’s how things are. However, that answer makes us uneasy because we feel that we are special and should be eternal.

We reach a point which is roughly 60 thousand years BC, and at that point people were so concerned with the end, hence devised a ritual to make them more at ease. “The funeral”, it was created in Mesopotamia, more specific modern day Iraq.

The funeral complemented the delusion of an afterlife, so people started to expand on that postulate, and I think the epitome of that expansion was with the pharaohs and their monolithic pyramid tombs. However those religions and rituals were immeasurably schizophrenic so people wanted to make them more coherent and consistent. Therefore the idea of superior deities emerged which for a decent amount of time gave people’s lives meaning because it rid them of their fear in a more convenient manner.

However, certain people were not convinced with the delusion of multiple deities, because they were so “human” like in their behavior. Therefore, they ironically created a more elaborate delusion of a single omnipotent, all powerful everlasting deity. This was approximately 3000 years BC.

Obviously people expanded on their delusions to explain things, however, knowing how schizoid we are, we decided at some point to be pragmatic in parallel to our delusion, so determinism and physics (physics as in the study of nature) emerged, and it was more reliable in everyday live.

However, the latter do not give life meaning for they give the truth. There is no meaning in truth, meaning is found only in that which comforts our psyche, and truth does not.

The irony of the situation is that we crave meaning by explaining things yet those same things that we crave to explain are either irrelevant or contradictory with what comforts us. Looking at the big picture, I believe that we are so insignificant, accidental, and irrelevant to be concerned with explaining the universe, and the world in order to explain our mortality and give our lives meaning.
Posted by Roy Riachi at 11:14 PM No comments: