The Night of The Adeaters 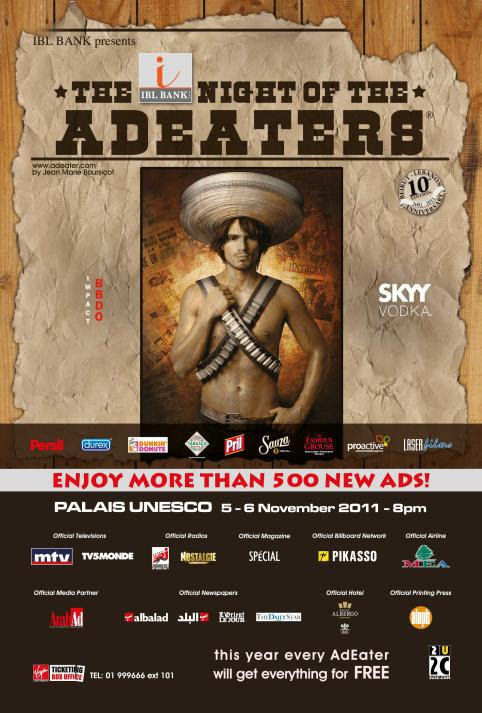 Yesterday Nov. 6, I went with my girlfriend who also happens to be a graphic designer to "The Night of the Adeaters". I honestly was planning to sit through out all of the 500 ads, but the majority of the idiots that were present there made it unbearable. Now one may understand the thick nature of Lebanese people in a theater, but I think that 2U2C, the company that produced the event is to blame. It was not enough for people to talk and put their feet against the back of your chair, 2U2C had to give them air-horns and hand held strobe lights to give anyone who was actually there for the Ads an epileptic seizure.
Now I left around 11:20 pm from the venue, which means that I watched almost 1 hour and a half of ads, and a lot of them were awesome, especially a couple of Audi ads (I'm biased towards the brand), and some really nice Coke ads. But some were an epic fail, there was one in particular about an African bottled water brand, I think it was called La Fontaine or something like that. It really sucked ass. Or Timol the insecticide ad, them guys really used their imagination in order to suck badly.
At the end of the day, the experience is enlightening, but as long as its produced by 2U2C in the same manner, I ain't goin anotha time ...
Posted by Roy Riachi at 6:57 AM